C) WELL, WHO MAKES MONEY IN THE MARKET THEN?
Three types of people:

E) What stocks should I hold?Warren Buffett has some advice on this (and I know because I wrote THE book about him. A friend of mine who knows him told me my book was the only book that Buffett thought was accurate about him).
So since I don’t know anything, I will let Warren Buffett take over here.
He says, “if you think a company will be around 20 years from now then it is probably a good buy right now.”
I would add to that, based on what Warren does. It seems to me he has five criteria:

Posted by gunnar at 7:53 AM No comments:

Charlie Munger has his famous three laws of investing: 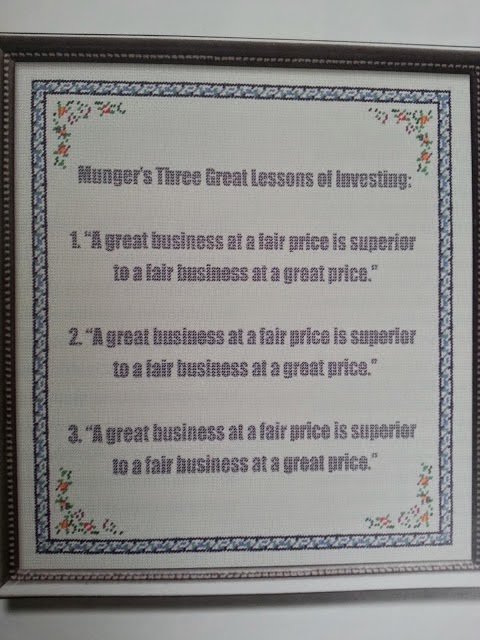 In this spirit, I offer my Three Great Lessons for Income Investors:


Where to find these businesses? Here are some analytical tools to get started.
Posted by gunnar at 2:32 PM No comments:

My favorite screens are simple screen with a specific purpose for each metric. Simplicity does not have to mean unbalanced. One of my favorite screens, which was not designed specifically more income investing but works well, is Jim Grant's Safer than a Ten Year Screen. Its described here under "There'll always be a J&J." In his 2010 article, Mr. Grant posits that not only will companies found in this screen perform better than cash, but they are as income producing, quality companies, safer than cash as well. Those insights were very valuable to me.

The Safer than a Ten Year screen filters are:


Like single malt, screens are subjective, but in my opinion, that's a pretty effective way to capture the essence of what a successful long term investment candidate should be. Some of the most important quality, safety, and value metrics are there. 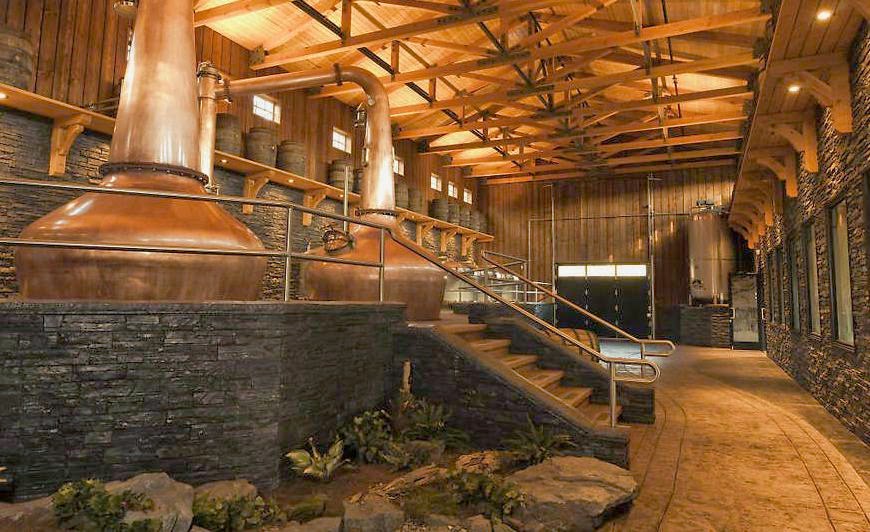 I ran Grant's screen on Morningstar that yields 17 companies. Note, that I used Debt/Equity ratio, because Morningstar's screener does not have Debt to Assets ratio. I think this still captures the spirit of safety that Mr. grant was after in his screen. One other modification is that I included some results from companies headquartered in non US countries, whereas the original published article excludes non US companies. 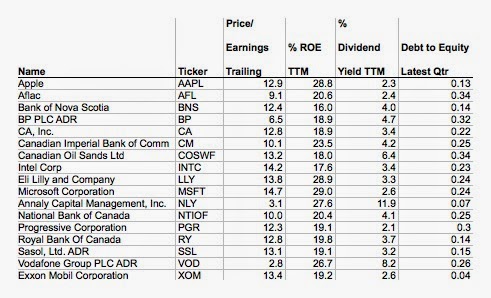 Any screen is a starting point, not an end. This list could be further refined. Annaly Capital's absurd yield is cause for major concern, so it can be removed.  Looking outside the screen, payout ratio and coverage metrics can be used to further assess safety. Canadian Oil Sands payout ratio stands at 81% which could be cause for to leave that out. What you are left with then is 15 companies with some interesting characteristics.

Compared to most dividend investing screens which usually set a low bar at 3% yield, the list of companies includes some companies that are not regulars on most income investing screens. Apple and Progressive have relatively low current yields, but they both hold substantial interest as low leverage, high quality companies at cheap prices.

That's the value of screens in a nutshell, you go in expecting to find an Exxon (and do), but looking objectively also turns up some that you did not expect  that are worth further investigation, distilling for dividends.

After all this talk about dividends and distilling, you might reasonably ask - where's Diageo? Its yield (2.5%) and ROE (38%) qualify it, however its P/E (18) and balance sheet (Debt/Equity 0.9) disqualify it. At least, they still have Caol Ila.

Here is a version of the screen on Google Finance. 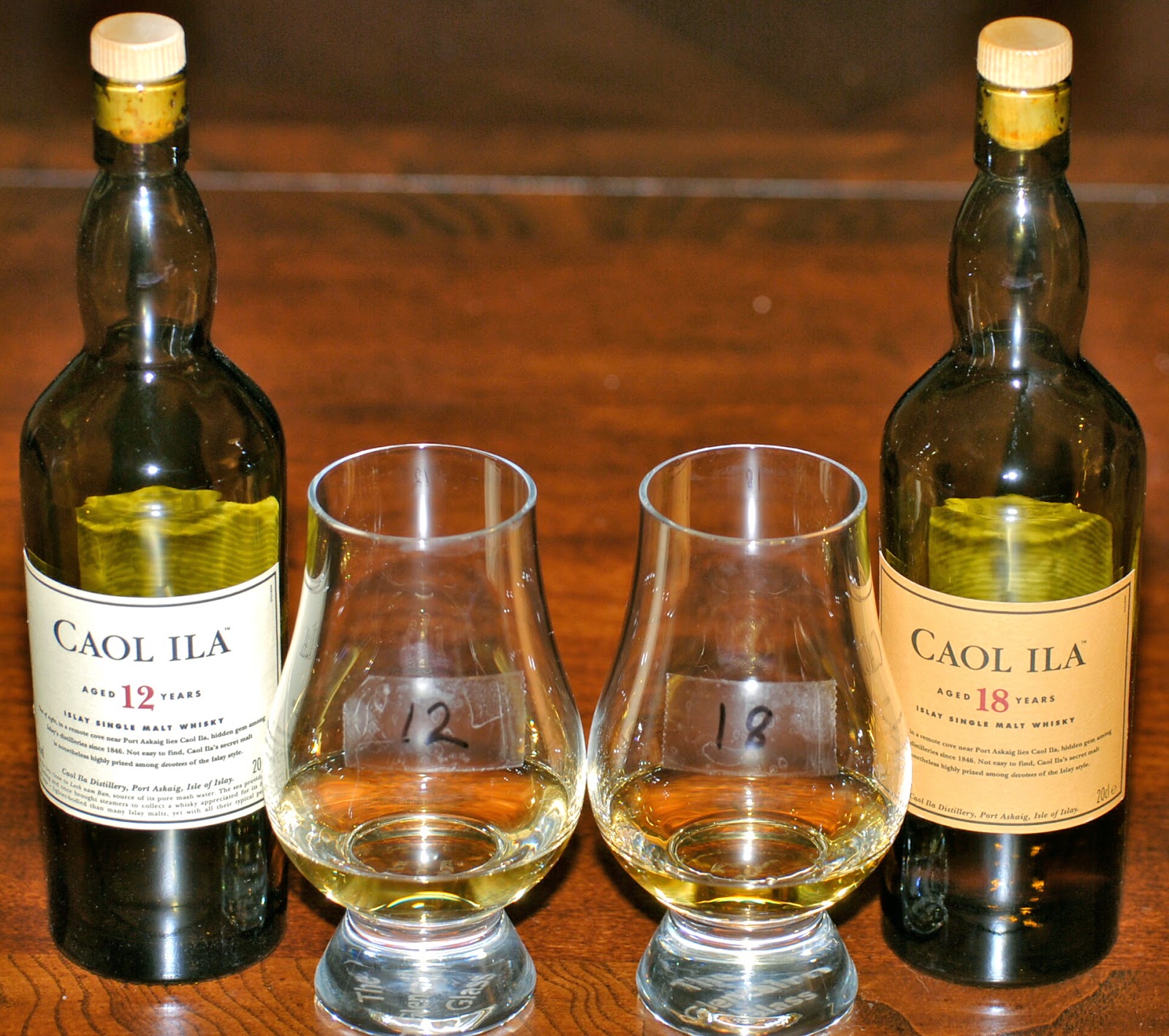 Posted by gunnar at 5:56 PM No comments: 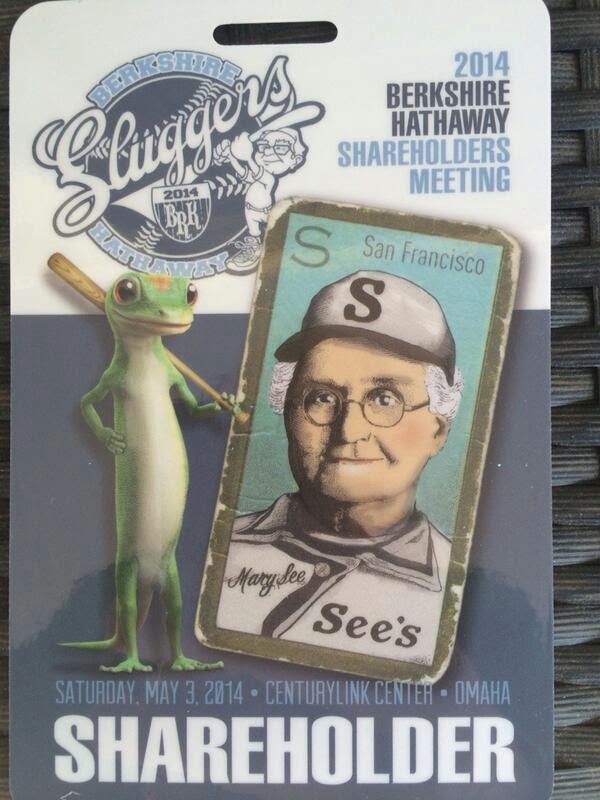 Markets are made up of people

If you've followed up on Charlie Munger's book recommendations, then you'll know Robert Cialdini. Cialdini is most famous for "Influence", and he joins a cavalcade of authors at the big book signing every year in Omaha at the annual Berkshire meeting.

The story behind how he got involved with the Berkshire network is pretty interesting. Munger was so impressed with Influence, that he sent Cialdini a thank you note and a share of Berkshire stock.  Subsequently, Cialdini began learning more about how Berkshire operates.

Cialdini's observation captures an important component of the Berkshire approach - “They know that markets are not made up of econometric models. They're made up of people.” And that perspective is at the heart of what behavioral investing is trying to investigate further. The numbers matter obviously, but beyond that human behavior matters at least as much, they matter to market dynamics, company actions, and investor behavior.

It got me thinking about Michael Lewis' last book Boomerang, which as ever was very well written. It has some pretty scary stories with Greece and Ireland as two of the worst case studies. The book calls them the new third world, effectively layering gloom on top of boom about state of the markets. I ran a quick chart on YCharts from the publication date of Boomerang (Oct 3, 2011) til now. The markets that rightly calls disastrous economic situations in the book have shown a fair amount of resiliency since Boomerang came out

I enjoyed Boomerang, and I am not saying that its a contrary indicator, you would have required a very high risk tolerance to buy things in those markets. Still any book and one by a skilled storyteller especially should be taken with heaping buckets of salt. Jim Collins' Good to Great is another example. Companies that were studied as almost evergreen in the book later turned out to be in need of bail outs Fannie Mae and bankrupt (Circuit City).

Obviously there was real risk to what Lewis captured, but at the same time publication could also be viewed as a sign of John Templeton's maximum pessimism.
Posted by gunnar at 7:24 PM 2 comments:

Summary of recents posts and pieces of interest, sometimes enduring, to dividend investors:

Morningstar posted a great video overview of the five kinds of moats they use in analysis. It runs around 20 minutes and its well worth your time to listen in to hear from the analysts describes the moat types and how they use them to identify investment opportunities. 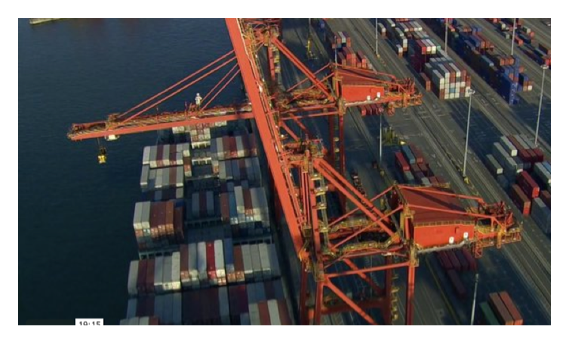 How can you assess a company's value for a quality income strategy? Quantitatively, dividend metrics like FCF are essential, but those quantitative factors only matter if there is a moat that can defend them over the long haul. So a hybrid solution is in order, the qualitative moat assessment matters, too, to ensure that the moat is sustainable over, say, a ten year time period.
Posted by gunnar at 1:18 PM No comments:

Michael Lewis launched his HFT book, did Sixty Minutes on Sunday, and here we are on Wednesday and HFT is still dominating the news cycle. Whatever you think of HFT, Lewis has already won. In our ADHD society, that we are still talking about his book three days later is a great achievement.

Not that there was much doubt that Lewis' book would find a big audience. He is a great story teller, I've really enjoyed his work over the years. He can cover a lot of conceptual and in the case of Boomerang, geographic, territory.

But how big an issue is HFT for investors, meaning people with multi year time horizons? Maybe not such a big one.

Clifford Asness and Michael Mendelson wrote in WSJ today that Lewis and IEX were talking their book, in Lewis' case literally. They did note "The biggest concern we have with modern markets is their complexity and the associated operational risks. The market structure that enables the HFTs and provides us with their benefits may also be one that risks technological calamity."

The poster child for lower trading costs and standing up for the individual investor is Vanguard. I am inclined to agree with Gus Sauter who said

"There are literally hundreds of strategies that are high-frequency trading, ranging all the way from those that really perform much of a market-making and liquidity-providing function to perhaps some on the opposite end of the spectrum, where they are abusive and trying to manipulate the market, " he said.

"Obviously, we need to get rid of those types of high-frequency traders, but I think the bulk of them are creating liquidity and reducing spreads for us, which has dramatically reduced costs."

Indeed for all the HFT drama, dramatically lowered costs are a boon for investors. Consider Tadas Viskanta's trenchant observation that this is the best time to be an individual investor:


1. Easier:  Investors today can with a brokerage account and a computer is now only a few mouse clicks away from a globally diversified portfolio of ETFs that in terms of expenses rivals what institutions paid a decade ago.  For all intents and purposes the expense ratio on the big ETFs is closer to 0.0% that 1.0%.  Many brokers now allow online trading of individual bonds and overseas securities.

2. Cheaper:  Brokerage commissions continue to get driven towards $0 over time.  In fact, many brokers today provide commission-free trading of a range of ETFs.  Options strategies that would have been cost-prohibitive a few years ago are now viable strategies today.  Do you remember when you used to have to pay extra for real-time quotes?  Today real-time quotes are a commodity.

First of all, as Viskanta also pointed out, there was never a golden age when the financial markets were safe or when investors were always represented by people who behaved liked angels.

As I wrote in my 2005 introduction to Fred Schwed’s classic book, Where Are the Customers’ Yachts?, the individual investor has always been “situated at the very bottom of the food chain, a speck of plankton afloat in a sea of predators.”

That was true in Exchange Alley in London in 1720. It was true when A.L. Bleecker and John Pintard started auctioning stocks in their Wall Street coffee house in 1791. It was true after Ferdinand Pecora and FDR and the newborn Securities and Exchange Commission flushed out the Street in the 1930s. It was true in the long bull markets of Eisenhower and Reagan. And it is still true.

The era we invest in today, however, is as good as any ever has been.

Zweig goes into all the shenanigans, time, unpredictability and gyrations that accompanied his first trade in 1976. With commissions and long distance phone calls eating up around 50% of his profits. Its a great history lesson that concludes - "Yes, Wall Street is still a dangerous place. But it used to be worse."

It makes sense for investors to manage their risk, but the first step here is already a long term time horizon which negates much of the concern around HFT. There are policy and structural concerns as Asness points out, but the net result of the latest Lewis book is probably more drama than necessary for individual investors.
Posted by gunnar at 2:49 PM 1 comment: