A key question I had going into reading Tren Griffin's new book "Charlie Munger - The Complete Investor" was - what would the work add to the previous books on Munger? I am happy to report that the book is an excellent addition to the family of Munger books.

"Poor Charlie's Almanack" by Peter Kaufman is one of my favorite all time books, its a compendium and includes lengthy speeches from Munger. It is unique.

"Damn Right" by Janet Lowe is not nearly as well known, but it covers some useful biographical material on Munger's life. It also explains a key component as to why Munger is worth studying. Buffett is a prodigy and became a millionaire very early on. Its hard for most people to relate to whiz kids who have astonishing success from very early ages. We can all admire Buffett, Gates, and Mozart. We can draw many lessons, but its not always as relatable. Damn Right shows in a lot of detail how Munger worked his way through some tough personal periods including a divorce and did not achieve great financial wealth until much later in life. Overcoming these challenges is something that everyone can comprehend.

"Seeking Wisdom" by Peter Bevelin puts Munger's thought processes into a historical context of thinkers from Charles Darwin to Michel de Montaigne. It shows you certain habits that you can improve your thinking and avoid common errors of judgement.

I had many takeaways from all of these books and the numerous transcripts available on line, so I had a bit trepidation picking up Griffin's effort. What would Griffin add on a life that is well covered from many perspectives? Like Poor Charlie's Almanack, The Complete Investor contains a diverse array of Munger's wit and wisdom. Like Seeking Wisdom, The Complete Investor shows how Munger's analytical process fits into a larger context.

The Complete Investor goes on to tackle a couple of areas that are fundamentally new. Note, as I am reading I fold pages so that I can revisit, the middle part of the book is chock full of things worth revisiting. 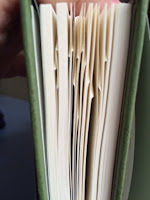 The two areas that I see where Griffin broke new ground were first in assembling Munger's ideas into an investing context. It sounds a bit crazy, but Munger is such an original thinker that the previous books focused mainly on his thought process. Griffin's book deftly brings together incisive quotes from Munger, decades apart, into a tossed salad where each idea slots into a business and investing context.

The other area is my favorite chapter, "The Seven Variables in the Graham Value Investing System." I spent a fair bit of the early part of the book a bit perplexed by how Griffin continually referred to Munger in the context of a Graham value investor. One key insight I have learned from Munger is how he helped move Buffett away from the strict bargain basement Graham school of cheap stocks and towards wonderful businesses at fair prices. So it was initially disconcerting for the early stage of the book to look at Munger mainly in a Graham context.

But that made the Seven Variables work all the more enjoyable because Griffin brings that evolution into clear focus. To summarize the seven variables that Griffin distilled from Munger's work I have chosen one of my favorite quotes. Again, what is interesting to me here is that Griffin's work is the first attempt that I have seen by someone attempting to pull together an investing framework based on Munger's thinking. That alone makes the book very useful.

To give you an idea on this important chapter, I have copied the variables that Griffin distilled below along with my favorite Munger quote (of the several that Griffin includes and comments on in the section). Notice the progression. The first two variable are old testament Graham, and then Griffin shows how Munger builds upon that foundation to a new, quality at a reasonable price style.

First Variable - Determining the Appropriate Intrinsic Value of a Business
"There are two kinds of businesses: The first earns 12 percent and you can take it out at the end of the year. The second earns 12 percent, but all the excess cash must be reinvested - there's never any cash. It reminds me of the guy who looks at all of his equipment and says, "There's all of my profit." We hate that kind of business." - Charlie Munger, Berkshire Annual Meeting, 2003

Second Variable - Determining the Appropriate Margin of Safety
"Ben Graham had this concept of value to a private owner – what the whole enterprise would sell for if it were available. And that was calculable in many cases. Then, if you could take the stock price and multiply it by the number of shares and get something that was one third or less of sellout value, he would say that you’ve got a lot of edge going for you. Even with an elderly alcoholic running a stodgy business, this significant excess of real value per share working for you means that all kinds of good things can happen to you. You had a huge margin of safety – as he put it – by having this big excess value going for you." - Charlie Munger, USC Business School, 1994

Third Variable - Determine the Scope of an Investor's Circle of Competence
"Warren and I have skills that could easily be taught to other people. One skill is knowing the edge of your own competency. It’s not a competency if you don’t know the edge of it. And Warren and I are better at tuning out the standard stupidities. We’ve left a lot of more talented and diligent people in the dust, just by working hard at eliminating standard error." - Charlie Munger, Stanford Lawyer, 2009

Fourth Variable - Determining How Much of Each Security to Buy
"I always like it when someone attractive to me agrees with me, so I have fond memories of Phil Fisher.  The idea that it was hard to find good investments, so concentrate in a few, seems to me to be an obviously good idea.  But 98% of the investment world doesn’t think this way." - Charlie Munger Berkshire Annual Meeting, 2004

Fifth Variable  - Determining When to Sell a Security


"There are huge advantages for an individual to get into a position where you make a few great investments and just sit back and wait: You’re paying less to brokers. You’re listening to less nonsense. And if it works, the governmental tax system gives you an extra 1, 2 or 3 percentage points per annum compounded." - Charlie Munger, Damn Right, 2000

Sixth Variable - Determining How Much To Bet When You Find a Mispriced Asset
"We came to this notion of finding a mispriced bet and loading up when we were very confident that we were right." - Charlie Munger, USB Business School, 1994

Seventh Variable - Determining Whether the Quality of a Business Should be Considered
“Grahamites ...realized that some company that was selling at 2 or 3 times book value could still be a hell of a bargain because of momentum implicit in its position, sometimes combined with an unusual managerial skill plainly present in some individual or other, or some system or other. And once we’d gotten over the hurdle of recognizing that a thing could be a bargain based on quantitative measures that would have horrified Graham, we started thinking about better businesses. We’ve really made the money out of high quality businesses. In some cases, we bought the whole business. And in some cases, we just bought a big block of stock. But when you analyze what happened, the big money’s been made in the high quality businesses. And most of the other people who’ve made a lot of money have done so in high quality businesses.” -Charlie Munger, USC Business School, 1994

In the spirit of Munger I have nothing to add to these variables.

As to the book, the above example shows exactly how Tren Griffin takes a broad range of Munger's ideas and assembles them to compose a set of the key insights on the investor's decision tree.